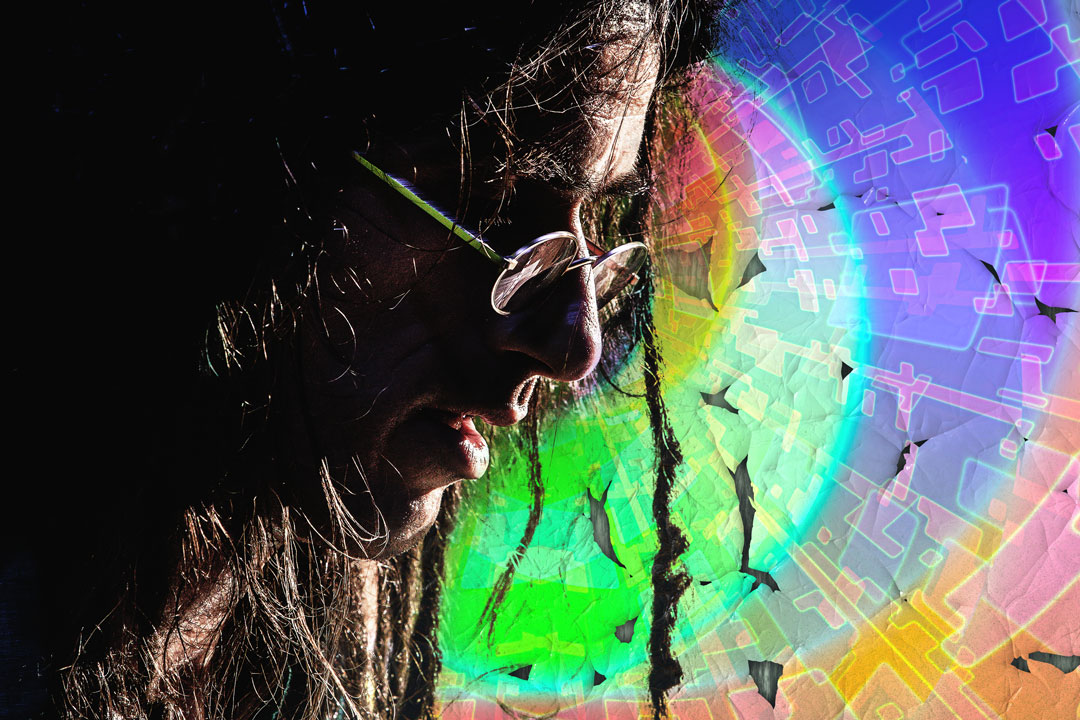 Ajja is an eclectic and multi-talented Swiss artist who channels his creativity through parallel careers as musician, producer, label manager, graphic artist, software developer and painter.

Ajja played his first big psychedelic trance gathering in December 2002 on the main stage of the Outback Eclipse Festival in Australia, during a full solar eclipse.

In 2005, Ajja started a solo project under his own name. He quickly became known for delivering groovy psychedelic trance, crossing genres to attract people from a broad range of styles. His debut studio album “Psychogenica” was released  in 2007 on Syncronize Records, followed by “Tulpa” in 2012 on Peak Records and the mid-tempo album “Spira Mirabilis” in 2017 on T.I.P. Records.

Since 2006, Ajja has released over a hundred songs under various names, including many collaborations with other well-known musicians and producers, spanning a wide range of styles.

Although he has regularly performed at major events around the world and is used to a heavy touring schedule, he still enjoys small, intimate parties and clubs just as much.

An energetic, enthusiastic and gifted being, Ajja is an artist not to be missed!